I’m glad to have you in this space. I understand you are probably feeling there might be a limit to how God can forgive you of your sins.

Or do you feel you have offended God so greatly that He might not forgive you? Trust me, there are probably hundreds or thousands of people around the world having the same feeling as you right now.

God has you in mind. See what He is saying to you.

Does God Forgive all Sins No Matter How Bad?

No sin is too big for God to forgive.

Permit me to tell you a story of a certain king.

On a particular evening, he was in his palace when he decided to take a stroll on the roof of his house.

As he looked from the roof of his palace, his eyes beheld a beautiful woman, and immediately, he began to lust after her.

Because of His position as King, he requested that she comes to him, and well, she did.

One thing led to the other and alas! She laid with him and got pregnant.

But there was a problem.

Getting married to a man while she was married to another was no option. The only option she had was to find a way to convince her husband that he owns the child.

But how possible is that if her husband has not been at home for months because he is a military man and he has been on the battlefield?

A dilemma right? Yes (Stay with me. I’m going somewhere)

The king in a bid to use his influence requested that the woman’s husband be released to come home from the battlefield hoping that on his arrival, he would go home, lay with his wife, and be convinced that the child belongs to him.

Well, it worked. He was released to go home. The only part of the plan that wasn’t successful was that he refused to go home and slept at the door of the palace. So, there was no way he would have anything to do with his wife.

Have you ever had a friend that is so passionate about football that he would not eat when his team loses a match? (I used he because I believe guys are usually in these shoes)

Something like that happened to the man. He wondered how and why he would enjoy himself with his wife while his comrades are trying to fight for his country.

The king even made him drunk thinking that will make him go home to meet with his wife but that did not happen. The man slept on the bed with his master’s servants instead.

The King changed the game plan. Since the man was so interested in fighting, he asked the commander of the army to place him where he could be killed by the enemy at the forefront of the hottest battle.

Finally, the plan succeeded. The man was killed and the King took the man’s wife for himself.

He lusted after another man’s wife, and committed adultery and murder.

Well, did God forgive Him of his grievous sins?

The king was convicted of his sin, repented, and was forgiven.

I tell you the truth. God is always and ever willing to forgive you of all sins no matter how huge or small they may be; deep or shallow you may have been in it.

You only need to acknowledge your sins, forsake them, and believe in the saving power of Jesus.

The Bible says in Isaiah 1:18, “Now let’s settle the matter. You are stained red with sin, but I will wash you as clean as snow. Although your stains are deep red, you will be as white as wool.” (GNT)

God is always ready and ever willing to forgive.

Throughout the scriptures, there was no verse where God mentioned he was not going to forgive sins no matter how bad. Jesus himself said in Luke 5:32 that “I have come to call sinners to turn from their sins, not to spend my time with those who think they are already good enough”. (NLT)

The only sin that is unforgivable according to the Scriptures is blasphemy against the Holy Spirit.

“For this reason, I tell you: people can be forgiven any sin and any evil they say, but whoever says evil things against the Holy Spirit will not be forgiven.” Matthew 12:31 (GNT)

What is Blasphemy Against the Holy Spirit?

A little background to the verse:

A demon-possessed, blind, and mute man was brought to Jesus for healing and he did get his healing. However, the Pharisees saw what happened and just believed Jesus was able to heal the man through Beelzebub (the ruler of the demons). They found it hard to acknowledge the power of Jesus.

You say that I drive out demons because Beelzebul gives me the power to do so. Well, then, who gives your followers the power to drive them out? What your own followers do proves that you are wrong!

No, it is not Beelzebul, but God’s Spirit, who gives me the power to drive out demons, which proves that the kingdom of God has already come upon you.

No one can break into a strong man’s house and take away his belongings unless he first ties up the strong man; then he can plunder his house.

Anyone who is not for me is really against me; anyone who does not help me gather is really scattering.

READ ALSO:  How to Build Your Self Confidence

It is through the Holy Spirit that we get saved. Jesus said in John 16:8-9, “And when he (the Holy Spirit) comes, he will convict the world of its sin, and of God’s righteousness, and of the coming judgment. The world’s sin is that it refuses to believe in me” (NLT).

Note that it is almost impossible for believers of Jesus Christ to commit the sin of blasphemy against Holyspirit.

I Think I’m Being Punished for my Sins. Does That Mean God has not Forgiven me?

God has forgiven you.

However, in some situations, you would still have to face the consequences of your sins. There are natural consequences for acts of sin.

For example, a man that committed murder when he asks for God’s forgiveness will be forgiven by God. However, he may have to face the consequences of his sin according to the law where he lives.

Well, through the intervention of God, he may receive favor and his punishment will be lessened. However, he will be punished.

When we sin and confess our sins to God and repent from them, God forgives us.

The Bible says in 1 John 1:9 “If we confess our sins, he is faithful and just to forgive us our sins, and to cleanse us from all unrighteousness”.

The consolation is that even amid the punishment, there will be joy.

There is joy in Christ; joy in knowing that you are saved, you belong to God and He is constantly watching over you.

What If I Feel Guilty and I’m Finding it Hard to Forgive Myself?

I perfectly understand how you feel. I have been in this situation. While I was in secondary school, I engaged in some relatively huge form of examination malpractices while I wrote my high school final exams. I lied about my exam scores to my school teacher, and classmates, among many other things that made me feel guilty.

Plus, I got some counsel that was not so balanced. Then I took some steps out of fear. These actions didn’t really stop the fear. I still felt the guilt until I was able to trust God’s word that promised forgiveness.

One thing I will like to tell you that is, God does not lead with guilt. The Holyspirit can point out one’s wrongdoing, and instruct one on steps to take moving on.

But this is not the same with guilt. Guilt grounds you. It makes you stagnant, not allowing you to move forward. In this case, it disallows you to focus on your walk with God.

READ ALSO:  Why Do Christians Get Married Early?

The only solution to forgiving yourself is to trust the word of God that says that He forgives us. Meditate on the word of the Lord.

Now, let me give you some verses that you can meditate on to aid you with accepting God’s forgiveness and redemption made available for you in Christ Jesus.

Read these Bible verses out loud, confess them frequently, meditate on them and see fear, guilt, and shame run.

“If we confess our sins, he is faithful and just to forgive us our sins, and to cleanse us from all unrighteousness.”

“For I will forgive their wickedness and I will remember their sins no more.”

“Then he adds: Their sins and lawless acts I will remember no more.”

“In Him we have redemption through His blood, the forgiveness of sins, according to the riches of His grace which He made to abound towards us in all wisdom and prudence.”

“He has delivered us from the power of darkness and conveyed us into the kingdom of the Son of His love, in whom we have redemption through His blood, the forgiveness of sins.”

Can I Erase the Memories of the Past?

It is next to impossible. Human brains are built to store memories.

Even after we receive God’s forgiveness, it does not mean we forget these things, but they do not affect us, knowing how much God has forgiven us already.

So, we bask in His fellowship.

Now, the devil can use this human ability to remember things to incite fear and guilt from time to time.

Remember the scriptures you have meditated on, and remind yourself of God’s love towards you, and the forgiveness He has given you in Christ Jesus.

Don’t be ignorant of the devil’s tactics. The devil can really use one’s past to withhold one from telling others about the love of Christ.

The devil might project thoughts into your mind, like, “you used to be bad, will they believe you? They will mock you.”

Remind him how much he is a loser, and how much God loves you. And that you do not care to get men’s approval, but God’s.

Don’t ever let the devil use fear and guilt to hold you down. Arm yourself with the word of God, and effectively use it.

God Does not Just Forgive, He Gives Power Over Sin

It is important that I tell you that God’s grace is not just limited to forgiving you of your sins.

“For sin will have no dominion over you, since you are not under law but under grace.”

The Holyspirit who is a gift to every believer is readily available to help us throughout this faith walk.

God is able to forgive all sins no matter how bad it seems. The question should be, “are you willing to receive His forgiveness in Christ Jesus?”

Hi! I'm Olaniyi Sarah from Nigeria but you can call me Queen Sarah. I'm an ardent writer, reader, learner and music lover, committed to helping people to make the best use of their lives. Click here to follow me on Instagram

Better a little with the fear of the LORD than great wealth with turmoil.
Proverbs 15:16 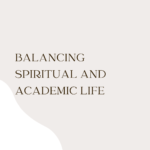 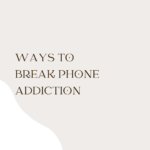 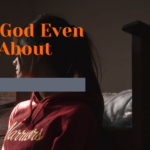 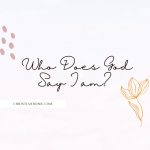