Different concepts of the world are related to how many of the operations of the Christian world operates.

Relating to this theme; The Offline Permit, is a great virtue in the store of the spirit. If you can remember one of the series we treated, The Price tag, relating that to this, the price for an offline permit or licence is no small thing.

In the world of technology, being online means being connected to a service provider which gives you access to a range of things on the Internet. There are some applications which can run without connection while some require it. The same is applied in the spirit realm. Many Christians can’t operate offline not until a sort of anointing acts as impulse for them to act. The offline permit is a potential that makes you access certain things without stress.

When you possess this permit, you are automatically connected to the source. But when you are operating under online licence, you still need to pray, chant, fast, cast, bind before things happen. Some Christians can’t chant on their own except there is an outpouring of the Holy Ghost in the congregation. Some won’t receive encounters, visions, word of knowledge, without someone performing impartation. That’s a forceful act in the spirit. Such people need to subscribe to the anointing or authority flowing that moment so as to be a partaker. And once it’s generally over, that’s all for such a person. For example, when Jesus gave unto his disciples power to do all manner of things, with that authority, they went and performed but later, they resumed their powerless state. Why? They couldn’t operate offline.

Mark 6:7-10  And He called the twelve to Himself, and began to send them out two by two, and gave them power over unclean spirits. He commanded them to take nothing for the journey except a staff— no bag, no bread, no copper in theirmoney belts— but to wear sandals, and not to put on two tunics.  Also He said to them, “In whatever place you enter a house, stay there till you depart from that place.

To be granted this licence or permit to operate offline (being connected all the time), it requires great sacrifice and time. Time in what sense? The longer anointing lasts/sticks to a person, the more effective it would be. You can’t compare how a person who has been using anointing for twotwo ye to someone who has been using his for ten years at the same rate. One of the benefits of the offline permit is that it is stress free. You don’t stress yourself much before things happen. It won’t take you much time to transit from one level of spirit to the other or enter one room of power to the other. While it takes others longer to see vision, while operating under offline permit, you get it in seconds. Some pastors working under Prophet Oyelami in Ibadan, Nigeria prayed hours for a mad man but when Baba got there he just said one sentence. He said “let him loose” and that was all. Now, compare the difference. Sometimes you begin to wonder why you can’t perform the way some people of God are. It’s simple. When a foreigner gets to a foreign country, does he become a citizen instantly? No! The same way it is in the physical. It takes some years to be a citizen in the spiritual realm. Once you begin to spend more time with Christ, coupled with grace, the license would be granted. What to do now? Be baptized unto repentance, followed by baptism of the Holy Ghost, then of fire. Spend quality time with God as much as possible. I can remember a time when the Holy spirit told me not to spend the remnant of my time with him, but the best of my time is what he needs. When Benny Hinn was 23 years old, he shut down (suspended all activities) for 90 days to spend time with the Holy spirit. Don’t let any day pass without spending time with God. Seek for power, utilise it well and preserve it. Develop yourself. Be spiritually mature. Lastly, ensure you’re growing in Christ.

Luke 2:40 And the child grew and became strong; he was filled with wisdom, and the grace of God was on him.

Luke 1:80 And the child grew and became strong in spirit; and he lived in the wilderness until he appeared publicly to Israel

You really need to check these

View all posts by Victor O'loore →

Christian Teen Dating: Should I Date or Not?

How To Build An Intimate Relationship With God

Types of Toxic Friends You Should Get Rid Of

I love you and your ministry man of God. You really inspire me.

Jonathan is the best

Amen. Thanks so much Pius

All the songs are so great, please more of them,thanks..though it's not easy but i know christ will make it…

Victor O'loore - I Had Sex Before Marriage, Will God Forgive Me?

Glory be to God.

Our Attitude as Christians To Ungodly Friendships and Association

I Had Sex Before Marriage, Will God Forgive Me? 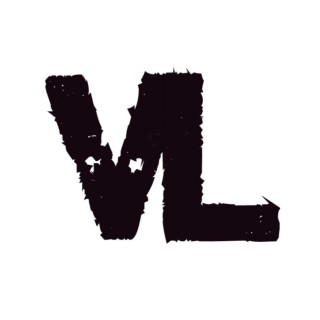 Hey! I'm Victor. I'm a teenage blogger who loves God and have decided to make Him known, making men come to His knowledge and burn for God. This blog is an extension of the passion to the world at large; spreading the Gospel of Christ with this medium, encouraging other believers by answering burning questions on their hearts and returning all the Glory to Him.